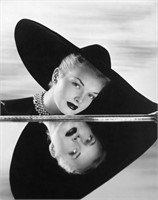 Online now until June 14th
Only and Absentee Only Remainng Items Auction Bidding open now until Sunday 7pm Pacific time. available on our online catalog - or bid via absentee or telephone 805-649-2686 Featuring the Art Collection of Michael Salisbury, perhaps the most important Art Director, Star Maker and Image creator of the 20th century. A true Architect of American culture as we know it. His personal collection with his original creations, and personal Illustration art collection are up for online auction until May 31st, where we will be taking bids live as well. His Biography: Mike Salisbury is recognized by his peers as one of the leading talents in American brand design and the man behind the imprint on a multitude of diverse products from the creation of the controversial but most recognized brand Icon, Joe Camel, Halo-the world’s most popular video game, Michael Jackson’s white glove, Rolling Stone, Surfer and Playboy magazines, O’Neill and Gotcha surfwear, Levi’s 501 jeans (a brand that Salisbury created) along with some of the world’s most recognized corporate branding and product design for companies like Volkswagen, Suzuki, Honda and Hasbro–the biggest toy company in the world. His work is everywhere in the motion picture industry. Mike helped created marketing campaigns for over 300 movies including Aliens, Jurassic Park, Star Wars Romancing The Stone, Raiders of The Lost Ark and Moulin Rouge. In the film The People vs. Larry Flynt, Flynt defends the First Amendment based on a concept Mike Salisbury created for Hustler magazine. The exploding boxing gloves that interpreted Rocky IV to the world – a Salisbury image so hot it became the visual symbol for the film that didn’t need the title for identification. This visual metaphor became Salisbury’s most copied graphic. George Lucas collects Salisbury’s work and recommended him to Francis Ford Coppola who used Salisbury imagery creations in Apocalypse Now. His music industry work includes creating album covers for George Harrison, James Taylor, Randy Newman, Rickie Lee Jones, Ry Cooder, and Ike & Tina. Mike developed branding identities for Blue Note Records, RCA, United Artists Records and PolyGram. Mike has a Grammy for album design. Salisbury has taught design, advertising, illustration and photography at UCLA, Otis Art Institute and Art Center. He is a contributing editor and writer for Forbes, Men’s Journal and other magazines and Salisbury has taken photographs for them as well as Vogue, Esquire, Newsweek and more. Mike has written articles about his own work and has reported on his motorcycling and surfing adventures all over the world–surfing safaris to Fiji, Nicaragua, motorcycle adventures circumnavigating Alaska, dirt biking across Peru from the Pacific over the Andes to Machu Pichu, racing sport bikes from Milan to Corsica and Sardinia, offroading Baja and into the Brazilian Amazon from Bolivia. JetSkiing around the Florida Keys into the Grand Canyon and across the Gulf Stream from Miami to Bimini. Mike has photographs in the permanent collection of the Museum of Modern Art in New York. His design work is in the Library of Congress, the National Archives and the Smithsonian. He has been invited to speak across the US, Europe and South America. His photography and graphic work have been featured in museum shows worldwide. Appointed to the Naval Academy, Annapolis by Congress Mike flunked the math test. Michael's work is well documented, but here are some websites for reference, as his influence in all this culture is extrodinary: http://www.onehellofaneye.com/
Bidding Notice: !Online & Absentee bidding ! Your bid is a contract, thank you for your participation and good luck at the auction. This is an online and absentee only auction - bids will be accepted electronically and by using our phone and absentee bid form. THANKS FOR LOOKING !
Auction Notice: If you have trouble bidding online just give us a call and we can place an absentee on your behalf. Thanks!
Location
Ventura, CA
Details
Auction Details
Catalog
View Catalog (136 Lots)
Single Page

No bids found for this item

In the case of a tie bid, precedence is given to the earliest bid

Your Max Your Bid
Click to add notes.
Notes saved

Get a Shipping Quote
Shipping

Email Privacy Policy We have created this email privacy policy to demonstrate our firm commitment to your privacy and the protection of your information. Why did you receive an email from us? If you received a mailing from us, (a) your email address is either listed with us as someone who has expressly shared this address for the purpose of receiving information in the future ("opt-in"), or (b) you have registered or purchased or otherwise have an existing relationship with us. We respect your time and attention by controlling the frequency of our mailings. How we protect your privacy We use security measures to protect against the loss, misuse and alteration of data used by our system. Sharing and Usage We will never share, sell, or rent individual personal information with anyone without your advance permission or unless ordered by a court of law. Information submitted to us is only available to employees managing this information for purposes of contacting you or sending you emails based on your request for information and to contracted service providers for purposes of providing services relating to our communications with you.

The email address {0} has been subscribed to the email list.

I was unable to add your email address to the email list. Please check your address and try again.